As you may know I used to maintain a Pinterest account and to be honest I had a bit of a love-hate relationship with it. The love bit was finding lots of fascinating images, articles and connections to inspire me. The hate is often what I found wasn’t from the original source but uploaded, pinned and repinned countless times. I’ll be honest and say I was guilty of repinning images that haven’t come from their originator.

I took to using “Google image search” to try and track down the originators of the images I found interesting. As a photographer (albeit not one making money from work) I respect the time and effort that goes into creating images and feel guilty about sharing something I don’t necessarily have rights to do. Finding the originator and including a link was the least I could do. 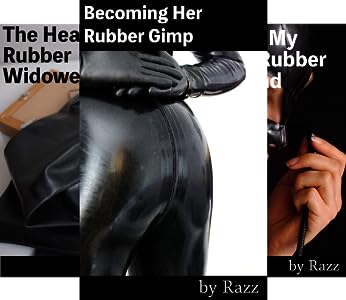 When I pulled myself off Pinterest I resolved to block this site from being pinned, but I’m not convinced that’s the answer. So much of what’s shared has come from being downloaded and posted elsewhere that it seems impossible to stop. Of course you could take a tough line and mercilessly hunt down those who share, although it doesn’t have much effect. Perhaps a better approach is to watermark your images clearly, keep an eye on the forums for your work to appear and include something in the comments along the lines of “Glad you like my work, here’s a link to some more”.

I don’t know what the answer is to the sharing epidemic. We could spend considerable time hunting down the sharers and certainly those that make money by stealing our work deserve nothing less. But the others? I think we’d be better tapping into their willingness to share to help build our profile and fan base.

Does the former prostitute return to her boring life - or start a new one with the rubber fetishist from her past?

Risa has everything: a good job, a relaxed lifestyle and a husband who worships her. Now she's being blackmailed to be a Gaijin's submissive.

Extreme pornography: is your collection illegal?